Note: This post expands upon my original post,  The 5 Essential Qualities of a Creative Director, and is part of a series that include modified excerpts from my book, Directing Video Games: 101 Tips for Creative Leaders.

Ratchet & Clank did not originally start out as a furry alien with a robotic sidekick. Back in 2001, Insomniac Games was developing a game called Girl with a Stick (working title, of course); a fantasy adventure featuring a heroine with a long magical staff. After a year of development, we had a fully animated character who could swing, jump, and fight her way through beautiful levels with her magic…uh…stick.

Yet the idea never took off. For whatever reason, the vision of Girl with a Stick did not resonate with the team or our publisher. I’m sure in a parallel universe, another team might have made it into something exceptional, but we just weren’t feeling it. Our CEO, Ted Price, saw the writing on the wall and canceled the project.

Our previous games had been the successful Spyro the Dragon platformer series, and we thought it would be best to return to our action platformer roots. Insomniac’s Brian Hastings then pitched this idea:

An alien that travels from planet to planet collecting weapons and gadgets.

And the rest was history! Or at least, that’s how we like to tell it.  But in reality, the journey of developing a vision had just begun…

While having a seed of an idea and an inspired team plays a major role in shaping the vision, it’s the director’s job to keep it on track over the long haul. Staying focused on that “North Star” for more than a year of development is challenging. A single vision statement can be interpreted a million different ways, and projects tend to organically change and mutate as hundreds of small creative decisions get made.

Over the years, we’ve developed a few techniques for both creating a vision that gives the team creative freedom, yet keeps a project on a trajectory to deliver on the original promise. Here are a few tips on holding the vision:

During the early stages of a project, the director needs to identify core statements that offer the promise of the game. These act like “magic beans”, inspiring the team to grow and develop ideas that give dimension to the project.

Electronic Arts developed this methodology by challenging teams to come up with an X statement, a concise statement that answers the question, “What’s special about this game?” One of the earliest examples was the X statement for the original Medal of Honor—“Saving Private Ryan: The Game.” This offered a strong cultural reference that was easy for everyone to understand.

The Ratchet & Clank vision statement suggested a who, what, and where; offering the team a clear set of goals to work toward. Other games might have a vision statement that provides an emotional tone or style like Sunset Overdrive’s, “Rock and roll end times” or Assassin’s Creed’s “A blade in the crowd.”

A good start for giving shape to your ideas is to define a few core statements:

Once the core statement and key aspects of the game are defined, the director identifies the overarching themes that hold the game together. At Insomniac Games, we used the term pillars to describe the three to five foundational elements that drive all aspects of the vision. They’re often one or two words, and they sum up the key areas of focus.

For Ratchet & Clank Future: A Crack in Time, we identified four pillars: Time, Space, Heroes, and Heart. This helped guide the team to focus on the main themes of the game (time), space travel (space), the hero-driven stories and abilities (heroes), and our goal to create an emotionally affecting story (heart).

Not only do pillars help align how features are developed, they also provide a direction for marketing and ultimately lead to informing the media and consumers on what the game is about.

Is Everyone Making the Same Game?

During production, the game’s vision may change, and it can be hard for people to let go of popular ideas that no longer apply to the current direction. Even though the director may have a firm grasp of the vision, the team could be holding onto older concepts or develop notions that deviate from where the game is heading. It’s best for the director to check in with team members and give presentations at key times to reinforce what the game is about.

Easily accessible online documents, where people can review updated story treatments and designs, help give them a better picture of the game they are making. It’s important to communicate and clarify the vision of the game as often as possible.

In the next post, Provide Structure, I’ll share methods on creating key documents that help communication and provide a framework for the vision.

Check out the book on directing video games.

2 thoughts on “Hold the Vision: Staying on Target”

This site is dedicated to helping aspiring and experienced game directors level up their skills. 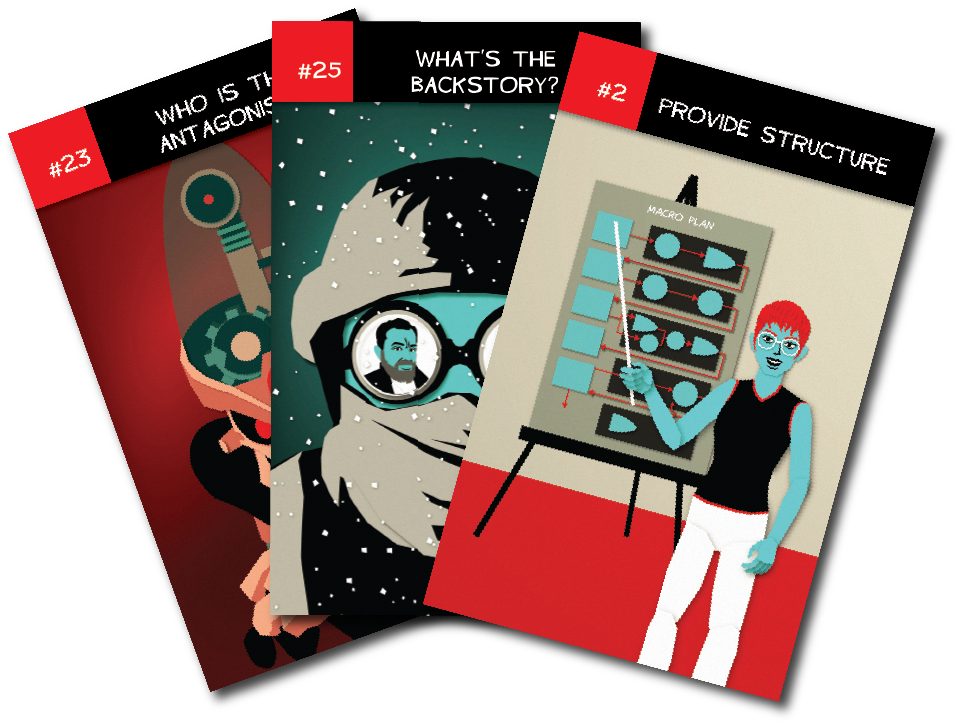 Receive updates on my weekly blog posts and big announcements.

TIPS ON
CREATIVE LEADERSHIP
EVERY WEEK